The Federal Highway Administration (FHWA) has proposed changes to the rules for posting traffic signs. Buried within the extensive markups to the 800-page Manual on Uniform Traffic Control Devices (MUTCD) is a truly onerous set of policies that will adversely affect driving for decades to come.

Unless driving advocates like you help us respond en masse in opposition to the federal rule before the public comment period ends on May 14th, the changes are likely to become law.

At the end of this alert, we provide a link to the Federal Register site to post your comments against the federal agency’s plans per Docket FHWA-2020-0001. The two most important areas of concern with the proposed rule are fundamental issues for NMA members and drivers everywhere: Speed Limit and Stop Signs. This email alert provides guidance on how to respond to the first, speed limit postings. We will follow in the next few days with similar information about registering opposition comments to the proposed stop sign rules.

As you read the following material on why drivers should oppose the recommended changes to the MUTCD, think about how to use your own words to describe your objections. If the FHWA gets a raft of nearly identical comments, the perceived factory-generated responses will lessen their impact.

Convince family, friends, and colleagues to also send in their comments for the public record. Anti-driving factions have already posted by the hundreds, many supporting lowering speed limits and multiplying the number of stop signs on the roads. Others, led by many city transportation officials, have commented that the proposed rules still create an MUTCD that is too car-centric, noting that further restrictions on driving are needed. We must fill the public record with posts that oppose the speed limit and stop sign changes proposed for the MUTCD.

The MUTCD and Speed Limits
The proposed MUTCD guidance for setting speed limits is just one area that the FHWA is trying to overhaul, but for motorists, it is arguably the most important.  If the proposed rule is adopted as currently written, the 85th percentile standard for setting proper speed limits will essentially cease to exist. In the Speed Limit Signs and Plaques section (renumbered as 2B.21) of the edited MUTCD, the FHWA recommends eliminating the requirement of using traffic speed studies as a basis for determining speed limits.

Most NMA members know what the 85th percentile standard is and why it is so vital for setting safe, optimum speed limits. To reinforce why, here are two short videos — one from Jalopnik and the other from the Iowa Department of Transportation — explaining why the 85th percentile is the accepted traffic engineering standard for speed limit determination. 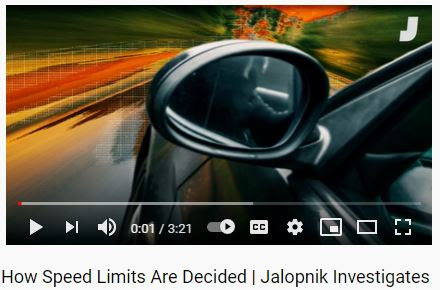 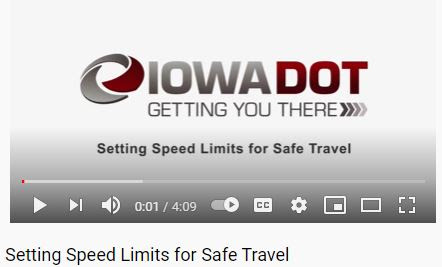 With data-based traffic engineering under attack, it is noteworthy to point out these quotes from the Iowa DOT clip:

At the 1:33 mark: “We use a process driven by research and data coupled with engineering judgment and nationally accepted safety principles to determine the most appropriate speed limit. The first step involves conducting a speed study. We collect data on all drivers to identify the speed that 85 percent of drivers feel they can safely travel.”

At the 2:50 mark: “When a good speed limit is set based on data-driven decision making, drivers adapt, and less enforcement is needed. Sometimes we are asked to reduce speed limits in hopes of preventing crashes, but in most cases, lower speed limits aren’t the solution. When a speed limit is set too low without supporting data, we see more variability in speeds. This creates conflicts and makes assessing the speed of other drivers difficult to determine.”

While speed studies would still be suggested as an option for setting limits in the revised MUTCD, municipalities aren’t going to spend the money to conduct a series of traffic surveys unless they have to. The 85th percentile standard will be all but dead, and local governments will be free to post speed limits based on opinion, not fact. If the proposed MUTCD revisions are adopted, get ready for posted speed limits that most responsible and safe drivers will violate unintentionally.

The requirement to conduct traffic speed distribution studies as the basis for determining speed limit postings must be retained instead of being relegated to optional guidance. Otherwise, roads across the country will become enforcement bonanzas for opportunistic local governments with no discernible safety benefit for the public. Traffic enforcement has a history of being applied inequitably. The suggested changes would hit all drivers, but particularly the poor and marginalized communities worst of all.

The opening paragraph of Section 2B.13, Speed Limit Signs and Plaques, in the 2009 Edition of the MUTCD — renumbered as 2B.21 in the proposed rule — must remain fully intact as a requirement, particularly the second sentence that states an analysis including a current traffic speed study shall be included.

“Speed zones (other than statutory speed limits e.g., established by Federal or state law) shall only be established on the basis of an engineering study that has been performed in accordance with traffic engineering practices. The engineering study shall include an analysis of the current speed distribution of free-flowing vehicles.”

One last point: A hallmark of the Vision Zero goal of eliminating traffic fatalities is a reduction in speed limits. Proponents use the 85th percentile standard as a rallying point for all that is wrong with current-day traffic engineering. Yet why, after pumping tens of millions of dollars annually into their own Vision Zero programs over the past several years, have many major cities, including New York, Chicago, Boston, Seattle, Los Angeles, and Philadelphia, shown either no traffic fatality improvements or have upward-trending fatality numbers? Some examples:

How to Post Your Comments to the Federal Register
A reminder of four critical things:

If the FHWA is allowed to enact the revision to the MUTCD, streets and highways will decidedly become unfriendly to drivers and make us vulnerable to enforcement measures that have nothing to do with maintaining safe roads.

If you are interested in viewing PDF versions of the MUTCD markup or the clean text with the FHWA changes incorporated, you can find download links here. In the marked-up version, the Speed Limit Signs and Plaques section, 2B.21, is on pages 76 – 80.

POST TO THE PUBLIC RECORD AT THIS LINK after clicking on the blue “Comments” button (see image below). The NMA will be adding its own set of responses for the record, but unless there is a significant volume of comments opposing the repressive changes to the MUTCD, drivers will suffer the consequences for generations. 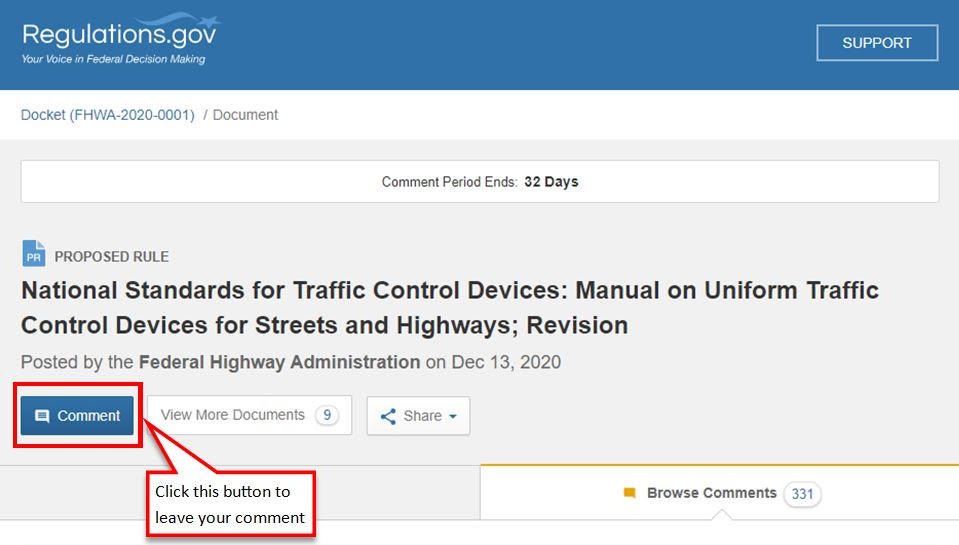